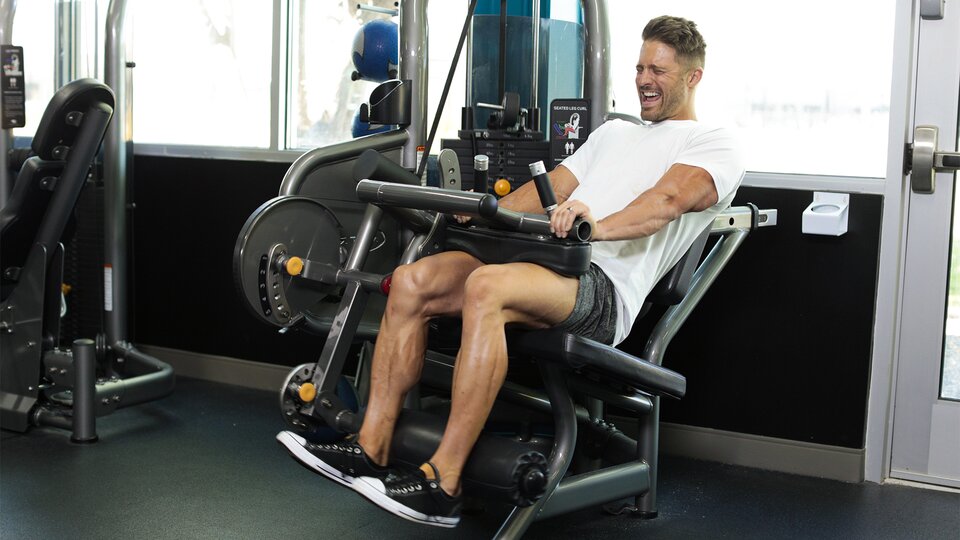 Your post-workout quad flex may rack up the likes, but you can’t have a set of truly impressive, muscular legs with poor hamstring development. But for most lifters, the hammies tend to be a lagging muscle complex and are dramatically overshadowed by the quads. The end result is an unbalanced appearance to the lower body—and that’s saying nothing about the importance of the hamstrings to overall lower-body strength and knee health.

“That’s what deadlifts are for,” you might respond. But while the most popular deadlift variations like conventional, sumo, or rack pulls are great at some things, complete leg development isn’t necessarily one of them. In fact, a big reason why lifters have underdeveloped hamstrings is because they rely solely on these compound lower-body exercises for their hamstring training. That’s not going to cut it.

Here’s how to take a more complete, and more scientific, approach to hamstring development.

Studies employing a technique called electromyography (EMG) consistently show that the hamstrings are only about 50 percent as active as the quadriceps during performance of the squat and the leg press.[1,2,7,10] To be clear, higher amounts of muscle activation don’t necessarily translate into greater muscle growth—that’s a common misconception. But in this case, the findings are consistent with longer-term studies that directly assessed hamstrings hypertrophy.

Specifically, as I explained in my article, “Are Squats the Key to Maximizing Hamstring Development?” research indicates that hamstring development is almost non-existent in regular squat training.[3,9]

So, what’s the best way to go about training the hammies? To address this question, a little applied anatomy is in order. 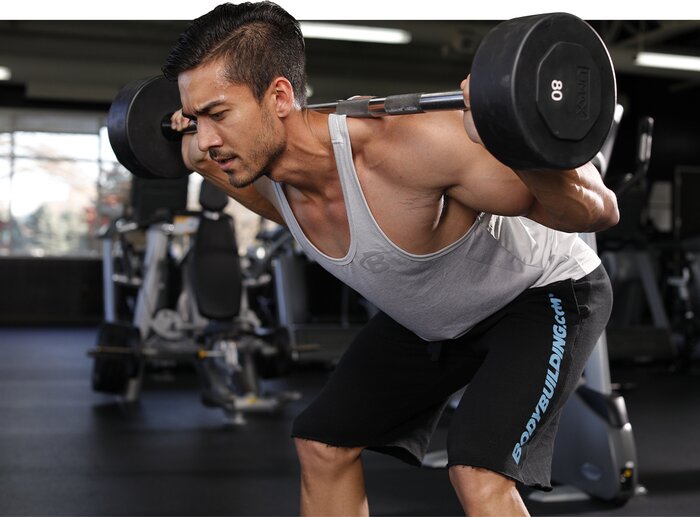 The hamstrings are comprised of three separate muscles: semitendinosus, semimembranosus, and biceps femoris. The semitendinosus and semimembranosus are located medially (toward the midline) on the back of the upper leg and the biceps femoris is located laterally (toward the outside). Furthermore, the biceps femoris has a long head and a short head. The short head is the only aspect of the hamstrings that doesn’t cross the hip joint, meaning that it’s only involved in actions taking place at the knee joint.

That’s the background info. The main thing to understand is that the hamstrings serve both as hip extensors (e.g., a hip thrust) and knee flexors (e.g., kicking yourself in the butt). Accordingly, the muscle complex can be targeted using exercises involving hip extension, like a stiff-legged deadlift or good morning, and knee flexion, such as in a leg curl.

As a general rule, it’s best to perform a combination of both types of movements to promote complete, symmetrical muscular development.

Deadlifts and Leg Curls: How to Perform Them for Maximum Growth

When hamstring development is the goal, it’s beneficial to keep the knees as straight as possible during hip extension exercises like stiff-legged deadlifts or good mornings. Emerging research shows that hypertrophy is maximized when muscles are trained at long muscle lengths.[4-6] This phenomenon is believed to be due to the fact that a muscle is able to produce greater force when worked in a stretched position. I went into more detail on this topic in my article, “What’s the Best Range of Motion for Maximizing Muscle?“

And contrary to what some lifters believe, there is no increased risk of injury to keeping the legs straight, provided movement is carried out in a controlled fashion with a reasonable load. In other words, it’s not the best way to deadlift maximum weight from the ground, but that’s not the goal here.

While they aren’t always thought of this way, it can be helpful to approach stiff-legged deadlifts and good mornings as single-joint exercises, with a focus on extending the hips, and to pick a weight that’s appropriate for that goal. 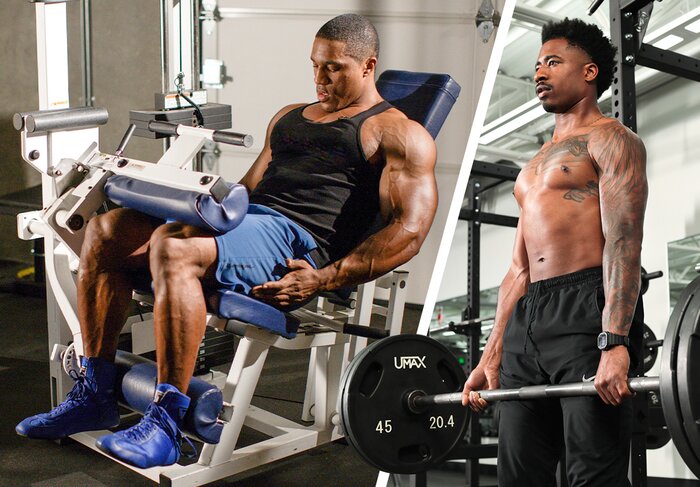 Alternately, the leg curl is most effective with the hips flexed, like in a seated leg curl, as this initiates a stretch at the hip joint while working the muscle at the knee joint. Indeed, recent research shows that performance of the seated leg curl increases hamstring growth to a significantly greater extent than when performing the exercise in a lying position.[4] As an alternative, the kneeling hamstring curl machine—if your gym has one—also provides a stretch at the hips, thus making it a viable option. Fortunately, the seated leg curl is the most common of the three in modern gyms.

The Case for Curls

So how do those two movement patterns of hip extension and knee flexion compare when it comes to hamstring activation? Interestingly, a study from our lab found that activation of the lower aspect of the hamstrings was significantly greater in the leg curl compared to the stiff-legged deadlift.[8]

The differences in activation of the lower hamstrings were substantial, with the leg curl showing greater lower lateral (outside) hamstrings activity to the tune of ~170 percent, and lower medial (middle) hamstrings activity of ~65 percent. Results suggest that targeting the areas individually could allow for greater regional-specific activation in their lower aspect in particular, and highlight the benefit of including the leg curl as a regular part of your hamstring training program.

The bottom line: Single-joint hamstring exercises, and curls in particular, are a must for building up the hamstrings. Structure your leg training to not only include the big lifts, but also single-joint exercises involving hip extension and hip flexion. To be clear, they don’t necessarily have to be performed in the same workout, but both types of movements should be part of a regular rotation over time. Moreover, focus on working the muscles at long muscle lengths; the initiation of a stretch during training is a key factor in achieving optimal gains.