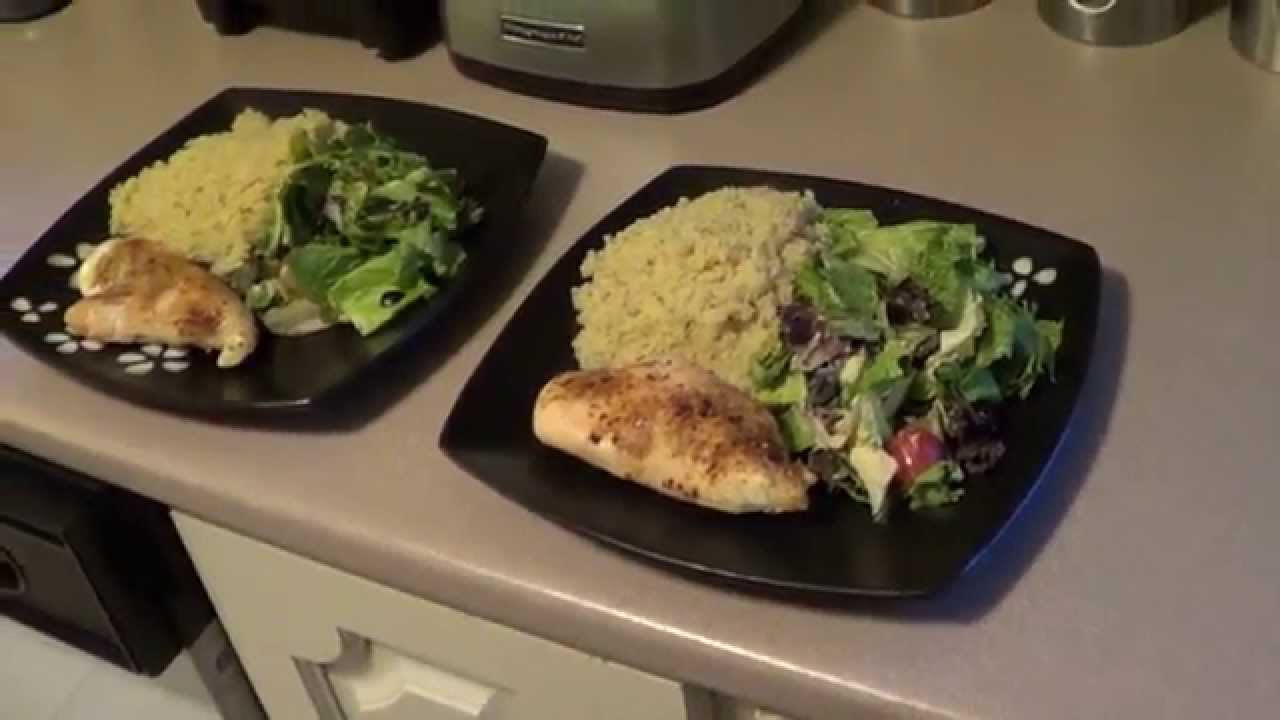 Hey there!
It’s your muscle coach Lee Hayward, back in the kitchen for another bodybuilding cooking video. Today I’m going to cook chicken and quinoa in bulk.

So why not save yourself time in the kitchen by cooking larger quantities for several meals in one shot and simply store the left overs in the refrigerator to re-heat later on.

The great thing about having food prepared ahead of time is that it helps prevent the temptations to cheat on your diet. There’s nothing worse for your bodybuilding diet than feeling hungry and not having any nutritious food ready to eat. When your belly is growling it’s hard to make healthy food choices. This often leads to snacking on junk food or trips to the drive through. But when you plan ahead you can prevent this from happening.

To cook chicken in bulk I recommend baking it in the over on a baking sheet. Just line the baking sheet with aluminum foil to make clean up easier. Spray the foil with non-stick cooking spray. And lay out your chicken breasts on the sheet. Season them with your choice of spices. I like to use salt, pepper, along with garlic and herb seasoning.

Bake in the oven at 350 F (180 C) for 10 minutes. Then flip the chicken and bake for another 5 minutes. This will just slightly “under-cook” the chicken which is actually what you want when preparing food in advance.

By NOT fully cooking your chicken you won’t dry it out, and then when you re-heat the chicken for a future meal, you’ll fully cook the chicken while keeping it moist and tender.

You can apply this tip for all meats that you cook in advance. Purpose under-cook them just a little bit so that you don’t dry them out when re-heating them.

As for the quinoa, just mix it up as per the directions, usually a 2 to 1 ratio of water to quinoa, and bring it to a vigorous boil. Then just turn it off and leave it covered so it will continue to cook in its own steam. This will prevent the quinoa from burning and sticking on to the bottom of the pot.

In the past I used to try and leave it on low heat to simmer on the stove, but more often than not it would end up burning and sticking to the bottom of the pot. However, just boiling it vigorously and then turning it off altogether works great. Granted it may take a little longer overall to fully cook, but you can just leave the pot unattended with no worries of your food burning.

all the best,
Lee